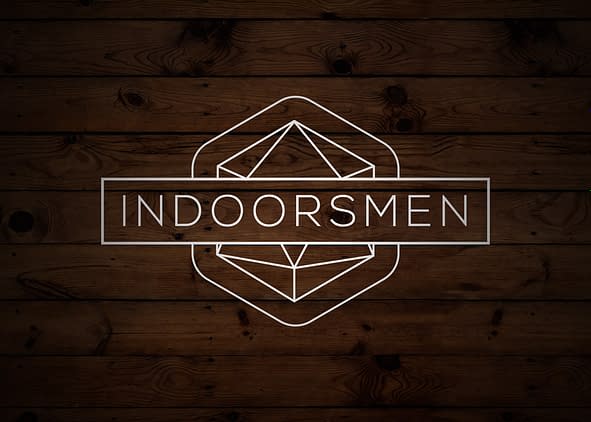 A custom 5th edition Dungeons and Dragons adventure professionally edited with sound effects by BOOM Library and music by Sonic Liberty. Join the next hilarious and spine chilling adventure!

The Indoorsmen is a wonderful fantasy podcast that consists of a group of players who go on epic adventures. You can listen to several episodes, camaraderie at the table, smiting evil and many jokes while The Indoorsmen are playing the world’s most popular pen and paper Role Playing Game: Dungeons and Dragons (created in 1974 by Gary Gygax and Dave Arneson).

We gave them access to a selection of BOOM Libraries to beef up their stories. The Indoorsmen is a wonderful podcast to dive into many fantasy worlds and in addition it’s a great showcase for sound design in general and our BOOM Libraries in particular.

Take a closer look at this legendary fantasy role-playing game and find out why millions of people worldwide have stepped into the boots of mighty heroes to create their own stories. In a Dungeons and Dragons game, one player is the “dungeon master”. The dungeon master is responsible with describing what is going on in the game and the final arbiter of the rules.

The Indoorsmen’s dungeon master is Garrick Enright. He told us in which game situations he used our BOOM Libraries. Three wonderful episodes wait for you. Give them a listen and enjoy a wonderful Dungeons and Dragons adventure spiced up with some heavy BOOM SFX. For more grandiose episodes check out: www.indoorsmenpodcast.com/episodes 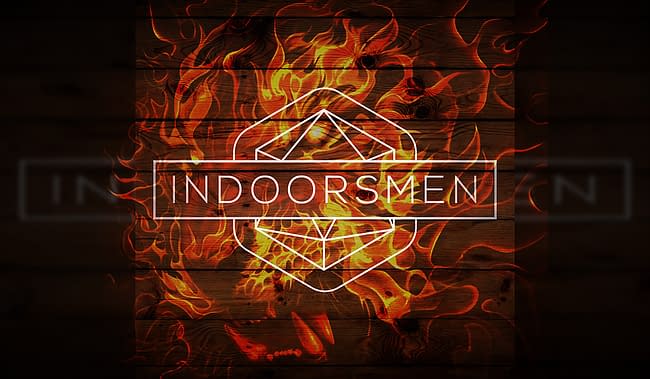 3:40 – 5:00
Two house cats are seen across a chasm. We know at this point that they will transform into demons so our warlock shoots magic at it. You hear them shifting, bones crunching and growling.
Packs used: Close Combat, bone breaks and gore noises. Magic, warlock Eldritch blast. Creatures, growls.

9:30 -10:00
Our monk springs a rope trap but evades it.
Packs used: Medieval Weapons for rope noises and wooshes and siege weapon effects.

10:50 – 14:00
Our group tries to traverse an unsafe bridge. It creaks and cracks under their weight and eventually gives out.
Packs used: Cinematic Horror, creaking door used as the wooden bridge. Debris, Falling wood sound effects. Close Combat, Bone breaking and impact noises as the wood breaks.

26:02
COMBAT!
I think you’ve heard the majority of SFX used in this scene – but it’s a compilation of Close Combat, Medieval Weapons, Magic and Creatures.

34:30 – 35:50
During the battle a blue demon cat breathes a devastating gout of ice.
Packs used: Creatures and Magic.

Episode #36 “Rick Astley Does Not Approve” 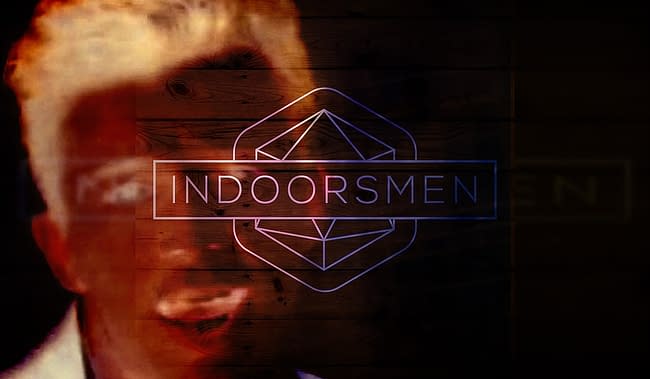 4:00 – 4:30
We start off with combat – our cleric runs in and lays her hands on him and inflicts magical wounds. The bad guy drops a dwarf and it rolls down the stairs.
Packs used: Magic for the dark energy effects and Close Combat for the body fall effect.

8:20 – 16:30
Combat Sample with lowbrow humor.
One of the bad guys shocks the cleric with a taser and then have some dialogue and exchange a volley of arrows and fists.
Packs used: Magic for the lighting taser effect, Medieval Weapons for the archery effects, swooshes and impacts, Close Combat for punches, swooshes, gore and grunts.

32:30 – 34:45
Interrogation
After knocking someone out Raine grabs the badguy by the lapel and slams him against the wall and breaks his leg, intimidating information out of the creature.
Packs used: Close Combat for fabric grabbing noises and body fall noises as the guy hits the wall, also the bone breaking noises as the ankle is broken and the screaming.

Episode #37 “Clickity Clack Down the Track” 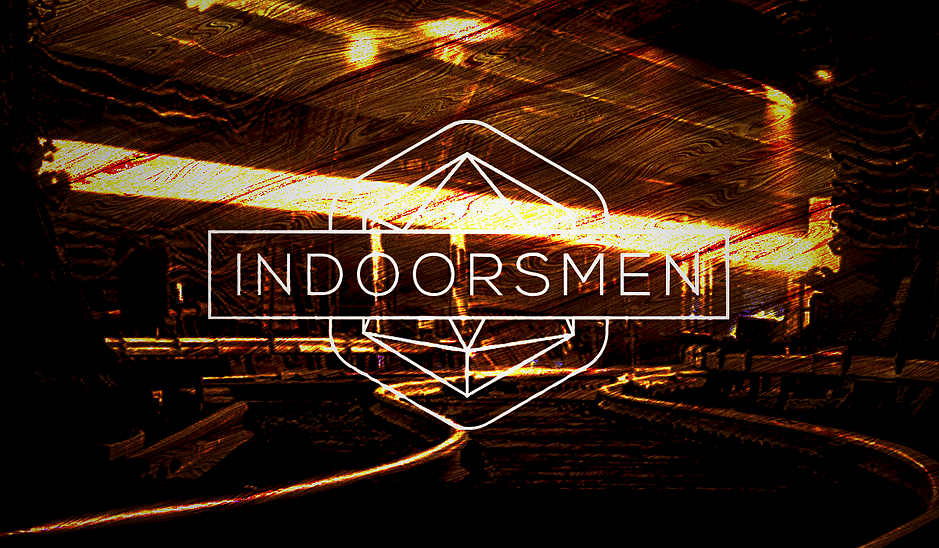 4:00 – 5:20
Fire Trap
One of our players triggers a fire trap and get burnt and finds a propane tank basically wit
h a lit pilot. Packs used: Magic, flame effect and a pilot light noise.

14:30 – 16:00
Springing the trap… again.
Failing to take care of the trap the first time, our bard get hit again. They decided to disable the trap.
Packs used: Close Combat, for the attack noise, Medieval Weapons for the swing, and impact noise. Magic for the electric bzzap as it breaks.

16:20 – 18:30
Lightning Rail Scene Setter
The guys see the subway powering up and people loading stuff on to it.
Packs used: Magic for the electric humming. Cinematic Horror for atmospheric noises. And various elements from other packs for small noises.

21:45 – 23:00
Combat with a gun.
I created gun sound effects using the debris pack. I think it turned out pretty decent 🙂
Packs used: Debris for the explosion of the gun and the exploding wood noises. Medieval Weapons for the woosh noise.

23:30 – 25:30
Combat sample in which they fight in a room full of tube with transfigured bodies. You can hear the train powering up and her the tubes humming with energy.
Packs used: Magic, for the humming and electric pulsations. Cinematic Horror for the background noise of the train humming to life and clunking.

42:00 – 43:00
Lightning Rail Movement.
Good soundscape of the subway speeding down the tracks,
Packs used: I’m not entirely sure what I used, but I think it’s a compilation of Magic for the buzzing noise, whirring noises. Medieval Weapons was used for the clunking and clickity clacking. There were a lot of modifications used on the SFX to get it to sound like that familiar subway sound.

43:30 – 44:30
Glass Explosion.
One of the bad guys shoots a long bow, shattering a glass tube spilling liquid all over everyone. Then shoots at another player with his bow.
Packs used: Medieval Weapons for the bow and arrow SFX + the Impact noise. Debris was used to shatter the glass. Magic was used to for the water splooshing and washing noise.

47:00 – 49:30
Various Spells – These turned out really neat, in my opinion one player deflects an arrow with a magical spell and another creates miniature meteors and sends them flying at the bad guys.
Packs used: Magic for the blooms and wumms and the explosion of the miniature meteors. Medieval Weapons for the wooshes and swooshes and the meteors encircle the caster and the arrow impact and clatter as it spills across the floor.

54:30 – 55:20
Machine Gun destroys glass.
One bad guy pops out around the corner and unloads his gun and misses everyone but breaks all the tubes with deformed creatures in it.
Packs used: Debris for the explosion of the gun and the exploding glass noises. Medieval Weapons for the woosh noises. Magic used for the splashing water sounds.

59:26
Machine Gunning.
The bad guy unloads one more time on our monk.
Packs used: Debris for the explosion of the gun.

1:12:00
Big Bad Guy is Killed.
After a long arduous battle the good guys finally succeed the Bard blasts him with a mini-meteor. The scene get set nicely with music and sfx and ends on a nice cliffhanger 1:14:00.
Packs used: Creatures pack for the death noises, and all the packs used for the meteors as stated above.

Big thanks to The Indoorsmen for highlighting and spreading the word about our SFX. It’s our pleasure to be part of these adventures.