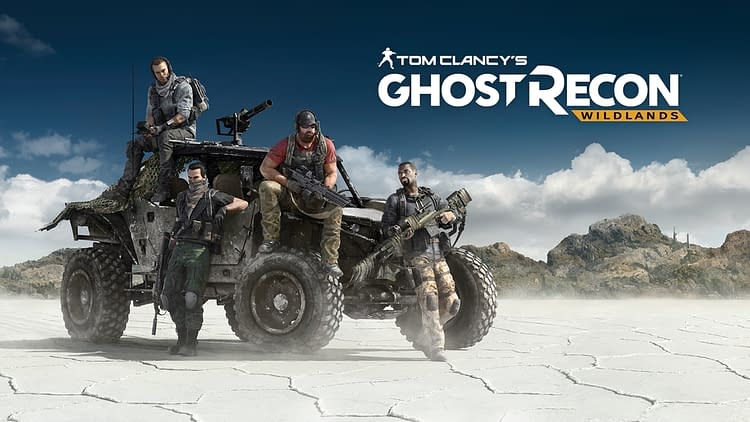 Within the framework of Ubisoft’s marketing campaign to Ghost Recon Wildlands – we had the great joy to listen to our BOOM library SFX in the live action TV spot called “Ruthless”.

In the past year we could marvel at the Tom Clancy’s: Ghost Recon Wildlands E3 trailer at the video game conference in LA, 2016. It was a huge pleasure for us to support such a great trailer with our BOOM Library SFX. The long wait is over and from March 7th, 2017 players can explore the jungle of Bolivia, checkmate terrifying drug barons and give back stability to a shattered country in a wonderful open world action adventure.

Before the Third-Person-Shooter game was released Ubisoft came up with some amazing video game trailers again and in addition they released some live action TV spots. Happy us that we hunt up our BOOM Library sound effects in a TV spot called “Ruthless”. It was produced under the direction of John McTiernan (known for “Die Hard”, “Predator” etc.) and shows the first Ghost mission in Bolivia.

It’s always a great pleasure to see and hear big Triple-A titles appreciating the quality of BOOM Library sound effects. In this case the TV spot for the highly anticipated video game Ghost Recon Wildlands was pimped with sounds from our Cinematic Series (Cinematic Hits, Cinematic Trailers, Cinematic Metal, Cinematic Darkness, Cinematic Horror) and our Assault Weapons pack which contains sounds that are exactly tailored for such cases.

Do you want to get hands on some stunning weapon sounds?
We want to do something good for you: This month’s FREE SFX newsletter sound package consists of our Assault Weapons. If you’re not already in, click the button below to sign up. If you want to see how to easily create nice burst sounds check out our tutorial.

If you are interested in reading some more about our sound effects in the last year’s E3 Ghost Recon Wildlands trailer – BOOM customer and sound designer Arnold Noble was in charge of creating and mixing the gun and weapon sounds of the trailer and gave us some insights. Click here to read the article.