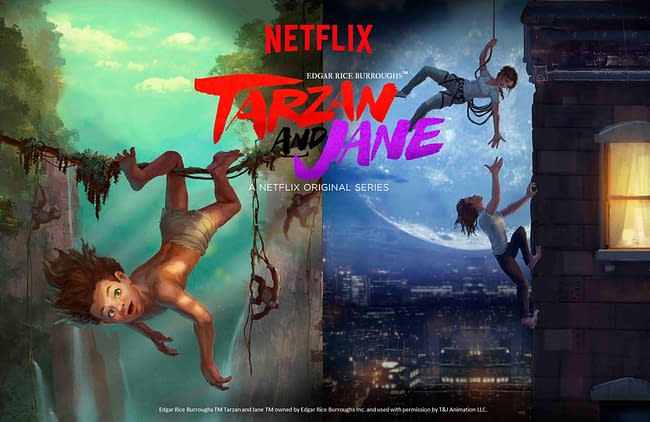 Netflix commissioned a spate of children’s series last year. Among them the universally known filming of our jungle king Tarzan and his beloved Jane. But this series plays a few years after the film we all have seen produced by Walt Disney. Saved from a plane crash and given supernatural powers, teen Tarzan joins forces with brave city girl Jane to protect his jungle home from threats.

Edgar Rice Burroughs’s classic jungle tale gets a modern makeover in this stylish animated series. The modern makeover was spiced with some BOOM Library DOGS sounds. Our DOGS Sound FX library offers a great variety of crispy sounds of our four-legged friends like tons of growls, snarls, moaning, barking, scratching, drinking, eating and much more. Everything you need to design some wonderful dog sound FX.

Besides the DOGS our BOOM product series offer a great range of animal sound FX: Birds of Prey, Horses, Wildcats – Tigers and Lions and for some monstrous sounds and as a perfect addition our Creatures pack.

Allow yourself a few minutes to browse through our little sound effects zoo and find the right library for your next project.

If you can’t get enough of animalistic adventures, enjoy watching the trailer of Tarzan and Jane!