[BEHIND THE SCENES] SOUND DESIGNING UPWELLINGS (by Gordon Hempton) 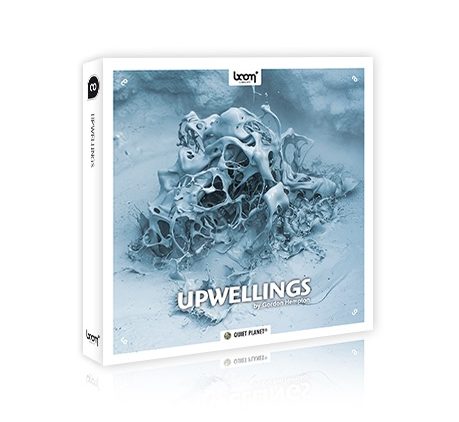 Upwellings offers a rich palette of geothermal sounds, such as churnings, boils, thuds, bubbly hiss, sloshing brews, and even trumpeting. Nature’s equivalent of a frat party on homecoming weekend, these diverse, evocative sounds originate deep within the Earth’s crust, and surface in geysers, fumaroles, mud pots and steam vents, to name but a few of the categories. The longer you listen to these curious choruses the more you hear. Because these sounds are so clearly different from a stream, ocean waves, birdsongs, or any other sound on the face of the Earth, they’re inherently riveting. It’s impossible not to linger near an upwelling, waiting for still more strange sounds. Upwellings are like a talented pinch hitter on a baseball team. The trick is knowing when to use him.

It’s time to put what we have learned in previous chapters to work in an actual assignment. Here is a partial screen shot of an idealized volcanic island by http://taptanium.com.

This is a newly released app for the health and relaxation marketplace called Island. Users will download the app and use either an iPhone or an iPad to explore this tropical paradise, and while they do, the relaxing sounds of nature change seamlessly and authentically, as we would expect if we were alone on a real tropical island.

There are many different habitats represented: saltwater shorelines (rocky to sandy), tropical forests, volcano crater, riparian zones, caves, grasslands, lagoons… Clearly, a great diversity of sounds will need to be carefully managed, and because the island features a volcano, the sounds of Upwellings will be among them.

The phone app requires a design for 24 hours and also for the effects of inclement weather. Far too complex a sound design to create without tools. The first tool is an Audio Scene Designer so that sounds can be accurately mapped and attributes (such as loudness) applied to each sound directly. This kind of management will allow a single sound file to be used again at several other locations, thereby reducing the overall size of the app and reducing download time.

We have zoomed into one area to demonstrate the application of Upwellings. The red dot marks the current position of the user. The box in the upper right lists the parameters that we control, such as how rapidly atmospheric attenuation decays the intelligibility of a sound, and the white line is the center line of the area affected.

As in previous chapters, each habitat will require a soundscape pyramid in order to manage the large number of files we expect to use. We see crashing waves, shore birds, rocky outcrops, small waterfalls, a cave, and a river winding through tropical forests.

The yellow dotted-line circle is the user’s auditory horizon (determined by how well sound propagates under current atmospheric conditions and the strength of the sounds present). In this illustration we see that three habitats are audible: treed rock outcrop (blue), sandy shoreline (yellow) and tropical forest (green). The riparian zone (red) is currently not audible, but will be if the user continues to walk along the beach along the white-line path.
Because Upwellings may occur anywhere in active volcanic regions we may add these sounds however we see fit, provided they’re in keeping with other sounds in the design, which we will determine later as we move through our design in real time, fine-tuning the overall experience.

We can first fill in the blanks for the tree soundscape pyramids currently inside the audible area defined by our dynamic auditory horizon. Starting as in previous chapters, we consider plant sounds, then insects, frogs, birds, mammals… moving up the evolutionary ladder, experiencing less and less acoustic activity as we go. For example, insects will be nearly constant. Frog choruses and birdsongs might be periodic.
Mammals may only occasional be heard, depending on the habitat, but their messages will be well crafted. Remember to leave a layer in any given soundscape pyramid blank, for example a sandy shoreline, where frogs should not be present.

As we apply sounds from all soundscape pyramids we begin with the faintest and most delicate sounds and move towards the loudest ones. This is how we can create an appealing, many-layered final soundscape and prevent our final overall design from resembling a one dimensional overbearing roar.

Now move onto other locations and continue with new habitats and new mapping, moving again from delicate sounds and then applying louder ones. Finally, after the overall design has been roughed-in, you can add object audio.

Object audio are emitters of sound that remain fixed at one location, either emitting continuously, as a plant might in a prevailing breeze, or periodically, as a bird might sing three to five times every 15 to 20 minutes during daylight hours. Upwellings are best used as a hybrid between ambient and object audio, meaning that these sounds do not move, but they do cover an area of several square feet, and like all sounds, are audible over a much larger area depending on atmospheric conditions and competing sounds.

Given that Upwellings may occur anywhere in our design and remain authentic, we must ask, when and where are they best employed? Insert them during quiet times where they would be most appreciated. Deep within a cave would work. The side of a lava field just above the cloud forest on the lee of the island offers another good opportunity. In the surf or beside a river would be accurate, but poor design because it would sound messy.

Upwellings are more than unique, they point to the sacred. How can something leaking out of the Earth produce music as clear as our own? (Listen to QP10 1216 Upwellings geothermal bubbles rhythmic snaps clicks.wav) The exotic power of Upwellings captures and holds the audience’s attention. Listeners will linger in these sacred spots you have mapped into your projects. Make them occur at reflective moments, perhaps after a particularly difficult part of the journey. In the case of the Island app, I will apply Upwellings at the very last stage of design, that is, when I will have identified my weakest design locations, I’ll use them like sonic spice, to help transform the mundane into the truly memorable.

Upwellings are highly attractive to audiences and will entice them to remain longer than expected at volcanic locations. Be sure to place these entertaining sounds at quieter locations such as caverns or the lee side of a mountain, where they can be appreciated more fully. Add Upwellings at the final stages of your creative process when you’re on the hunt for distinctive sounds that will draw your audience in and away from weaker areas in your design.

If you haven’t done it yet, you should definitely listen to the UPWELLINGS stereo and surround audio previews here!