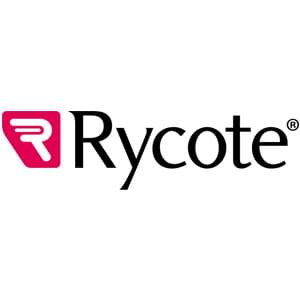 Many of our recording sessions take place outside. If a small breeze or strong winds – an excellent wind protection is a must have for every sound designer to guarantee clear und high quality sound recordings. Today we compare the Cyclone Medium with the Modular Windshield Kit WS 295 from Rycote we are relying on for years.

I do not need to tell you that wind protection is a must-have for every outdoor recording. Already a small breeze can ruin your recordings. Rycote is one of the leading microphone accessory manufacturer for audio professionals with over 40 years of experience. Their latest flagship product is the Cyclone, a complete new invention on the market. It promises an excellent wind noise protection, while keeping perfect acoustic transparency combined with a very efficient and flexible usability and of course shock absorption.

We have got a Cyclone Medium here at BOOM Library and compared it with the good old Modular Windshield Kit WS 295 from Rycote we are relying on for years.

What’s in the box?

Besides the typical Lyre microphone suspension to reduce shock and handling noises, there now is an incorporated Floating Basket Suspension that provides isolation between basket and pole. On top of that invention there is the new 3D-Tex, that covers the windshield. It’s about half a centimeter thick and has a spongy structure. If you cover it over your ear, we did not hear any difference at all. All parts are made out of solid plastic and as always with Rycote products they look and feel very robust. All this is leading to an overall weight of 623g with basket and 806g with the Windjammer attached.

The installation of the microphone is really simple and quick: Open the windshield on one side (as shown in the picture above), clip the microphone into the suspension system and plug in the build in XLR cable. This is way faster compared to the other blimp system where you have to unloose the top part, loosen the star screws of the basket, and then pull out the suspension where the microphone can be placed.

Especially the magnetic opening and closing mechanism is really useful to quickly attach or remove the windshield. We used the Cyclone with a Sennheiser MKH 416 (length around 25cm long) and there was enough headroom (ca. 5cm left) in front of the microphone, which is important for the capsules and not to forget to mention that the form of the Cyclone Windshield has changed. It is now shaped differently in order to reduce room-tone effects.

Too bad there is no extension handle included in the Cyclone Kit. The Soft Grip from Rycote, which we attached, intersects with the XLR cable while holding it in your hand and you cannot really hold it in a comfortable way. For hand held recording situations we liked the older way much better, but it might be simply a matter of accustoming yourself to this grip.

Testing the Cyclone vs. Modular Windshield:

To get a comparable recording, we mounted both windshields with the Sennheiser MKH 416 microphones attached on a stereo bar mounted on a standard microphone stand.

We recorded with a Sonosax R4+ with linked gain on the channels. In order to show the differences iZotope RX 5 was used to export spectrogram-screenshots to complement the audio demos and help showing the differences between the two systems.

Here is a short explanation of spectrograms for those who have not seen one before: A spectrogram is a visualization of the frequency spectrum of a sound in relation to the dimensions time and amplitude. On the horizontal axis you can see a timescale and on the vertical axis on the right a frequency and amplitude scale, ranging from black (-100db) over red (-70db) and blue (-40db) up to white (0db).

One more thing before we start: In certain cases we exaggerated testing conditions to a point where they would be disastrous in any normal recording situation in order to properly illustrate the results.

Let’s start with the main task of the Cyclone, the wind protection:

We attached the windshields and later the windjammer as well and placed the microphones directly in front of a fan. We put a little video together for comparison of the two systems.

As you can hear and see the Cyclone reduces especially the low rumbling noises. Also the upper mids and high frequencies are much cleaner. The difference is not too big, but to be fair, the WS 295 did already a good job and the Cyclone did it even better.

For the shock suspension test we simply knocked against the microphone stand:

We used a stereo file for the spectrogram screenshots to make it easier to see the differences. The upper channel is always the Cyclone and the lower channel is the WS 295.

As you can hear and see in the picture above, the suspension of the Cyclone is far more efficient then the one of the WS 295. Especially if you look at the waveform you can see, that the low resonance of the vibrating stand is absorbed and diffused very well.

In our second shock-test we stomped on the ground to simulate impact noise.

Surprisingly there is no noticeable difference between the both. After the first shock test we thought the Cyclone would also win this round. But the WS 295 with its Lyre suspension did a great job.

Last but not least we wanted to have a look at the transients’ behavior:


The outcome of this test is not reliable enough to judge it, because we were not able to clap every time with the same strength and intensity.

Our feeling was that if you listen carefully there are some slight differences. There is a small decrease of high frequencies in all three examples and the volume gets down by a very small amount (around -0,4 to -0,8dB Peak RMS).The Cyclone decreases the high frequencies a little bit more than the WS 295.

We audio guys love new products. Unfortunately there are not that much novelties on the hardware side. So we were really enthusiastic when we had the chance to test the new and innovative windshield system by Rycote.

The Cyclone is the best shock absorbing windshield we have used so far and it did a very good job in our tests especially when it comes to wind attenuation without any additional windjammer or felt, primarily in blocking the low rumbling noises.

The suspension system of the basket gets rid of even more handling noise and the new magnetic system making it the Cyclone easy to use with better results. You can attach or remove the windshield in seconds, depending on your needs. Things like the build in XLR cable with the shortened plug are also great.

We are curios what Rycote will come up with next.