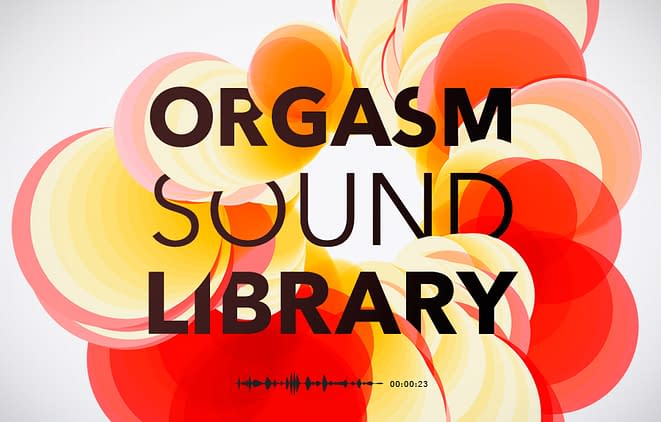 Spanish sex toy production company Bijoux Indiscrets invited woman to make their most intimate thing public – their orgasm. More than 750 women from around the world (51 countries) have been bold enough to record and publish their real orgasms.

That’s why they created the Library of Real Orgasms a place where everyone is invited to record the sound of a real orgasm and share it anonymously. Each of them has helped the orgasm sound library to get 50.00 visits per month converting it into a resource of creation and consumption of content with three million plays.

With all this tagable and shareable “Data Art” they created an exhibition that is touring the world’s greatest cities and which will culminate at the New York Museum of Sex. These real time orgasms were transformed into unique and personalized motion graphics.

Using the website and front-line technology, these sounds have been transformed into a work of art (Data-Art) for each user, which have been compiled into a great gallery that aims to pay homage to the female orgasm and, above all, to disseminate the sound of real female pleasure in a visual way. 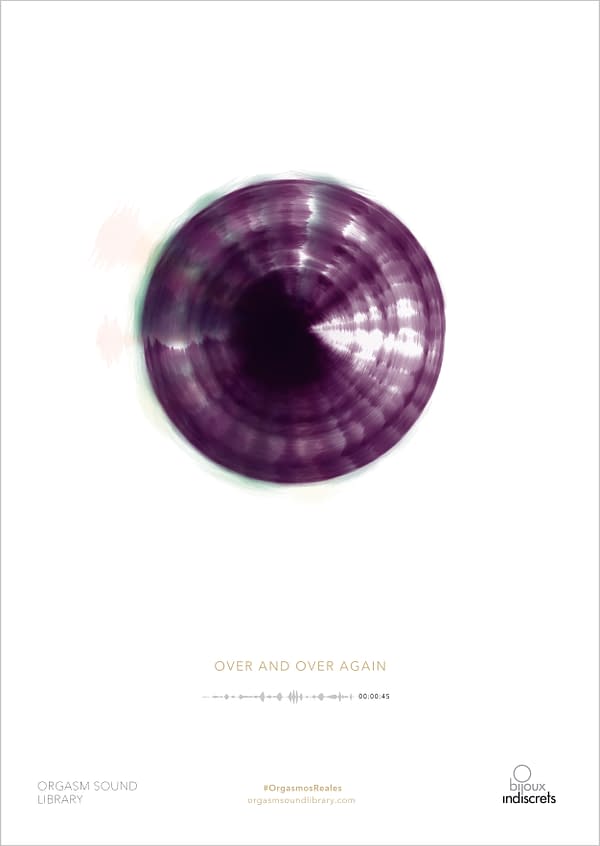 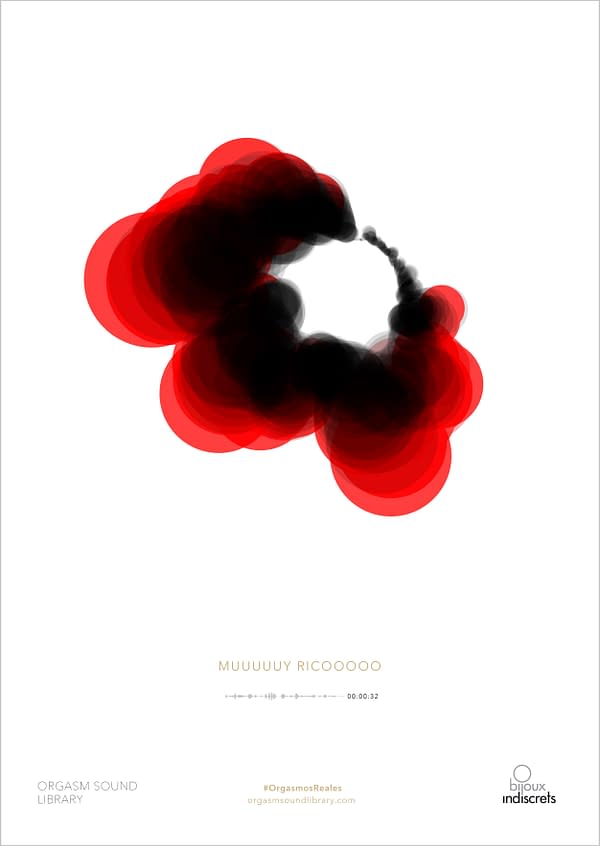 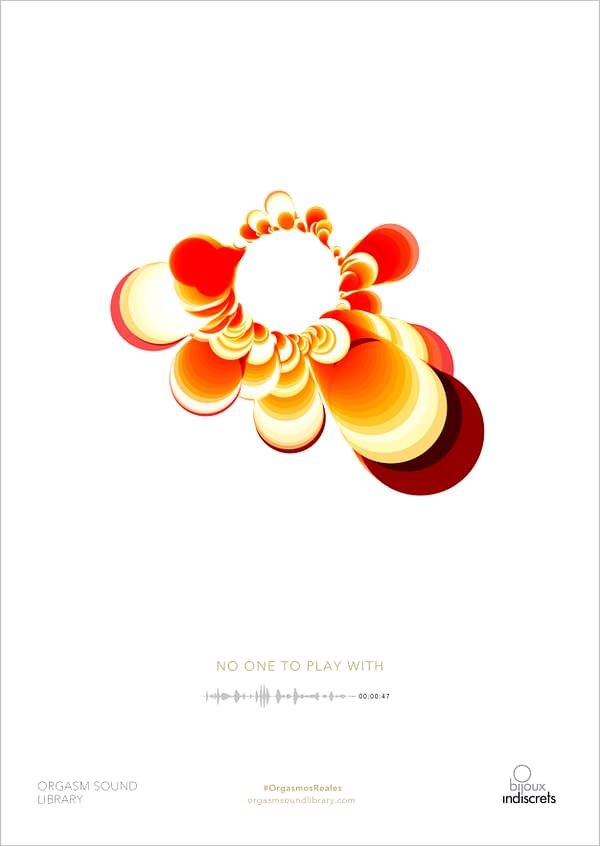 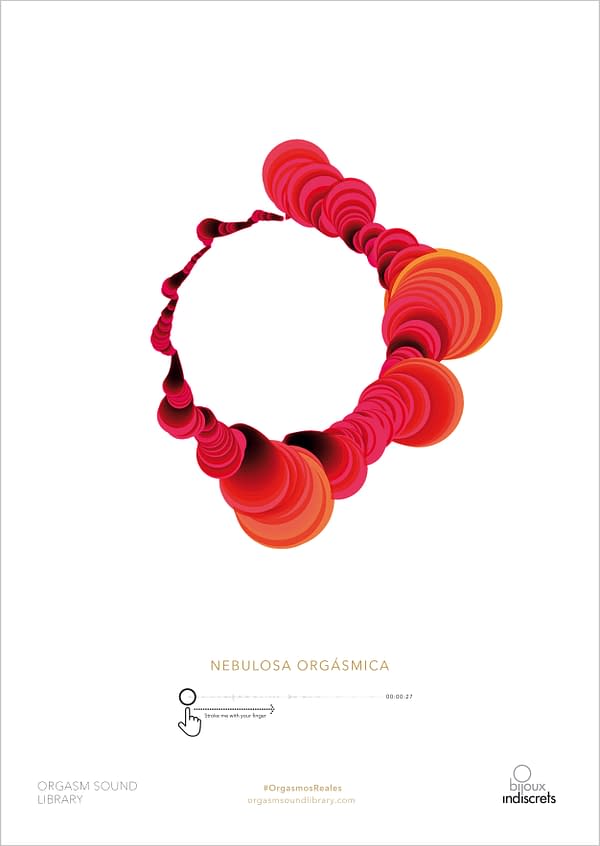 A study called “fiction vs. reality in sex” by Bijoux Indiscrets has revealed the influence of fiction on the way that Spanish people have sex. To present the results, Bijoux Indiscrets have joined forces with Proximity Madrid to run the orgasmsoundlibrary.com campaign.

22.5% of Spanish women have never or almost never managed to achieve an orgasm during sexual intercourse and most of them feel such pressure to reach orgasm or to reach it in the way their male partners are expecting that 52% of women occasionally end up faking orgasms and 11.8% always fake them. 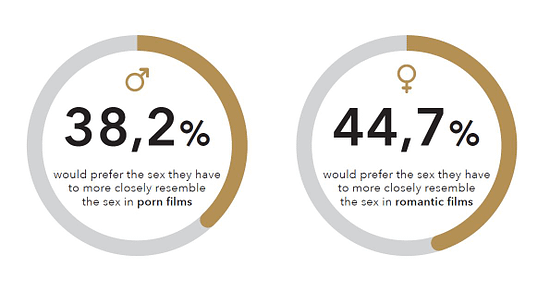 The company conducted a study which found that screaming, panting and groaning during orgasms has become the standard method of communication during sex, but it also found that the real sounds that we make during sex are far more diverse than we are being led to believe.

These orgasms have been listened to more than 1,400,000 times on their website and they have successfully proved that there is much more plurality to female pleasure than the media would have us believe.

You are invited to visit the website and use freely the real women’s orgasms in your creations: musical compositions, movies, series, commercials, computer games, short films, etc. to demonstrate the diversity female pleasure, undermining the stereotypes and prejudices that exist.

CLICK HERE TO GET HANDS ON THE ORGASM LIBRARY OF REAL SOUNDS.