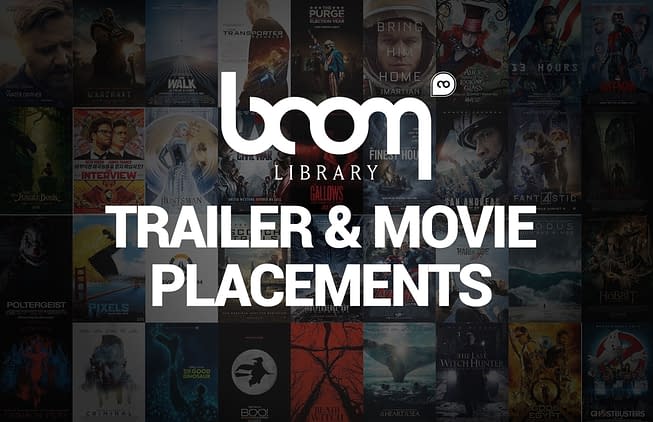 Here comes the second part of our “In these films BOOM Library sounds were used” article. Check out more awesome trailers including our sound effects and get some nice film reminders. Have you seen them all?

Our job is to suggest an altered reality while we modify and improve the sound quality. Besides the dialogues, pictures and music, the sound effects count to the most important means of expression like for example natural sounds, background sounds or artificial sounds. Now lean back and enjoy some further trailers from the second part of our film references article:

The new team of Avengers in their continued efforts to safeguard humanity: The movie starts where “Avengers: Age of Ultron” left off. They try to protect the world from a new and nefarious villain.

Welcome to the jungle: Check out the new live-action adventure about Mowgli and his friend the free-spirited bear Baloo.

This organization, known as Overwatch, is a team of heroes banded together to restore peace to a war-torn world in a time of global crisis.

To find Jame´s sister, a group of college students ventures into the Black Hills Forest to uncover the mysteries surrounding.

The next chapter transports the audience into a global catastrophe of unimaginable magnitude. With the help of an alien technology, the nations of the world have developed a gigantic defense program to protect the earth. But nothing can save us from the sophisticated and unprecedented strength of the aliens.

Get your own AAA trailer sound by equipping your projects with our BOOM Library Cinematic sound packs. Highest quality – trailer-approved – epic sounding.

Feel like watching some more trailers in which BOOM Library Construction Kit sounds exclusively were used? Then check out the first part of our “In these films BOOM Library sounds were used” article.

Click HERE if you want to read the article.