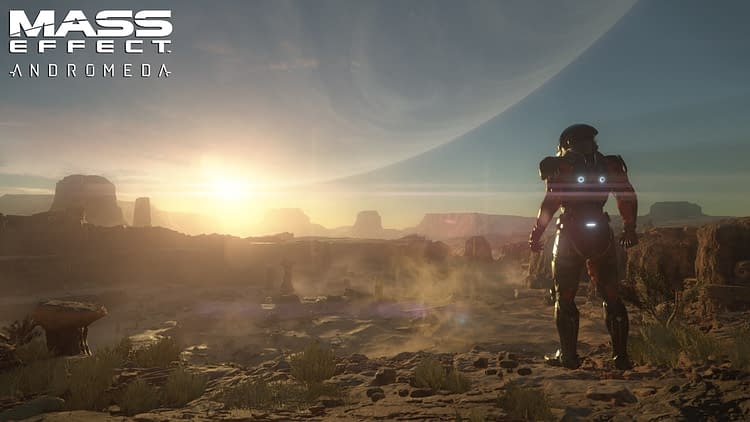 Our BOOM sound “alien_tense” to find on our CREATURES Designed SFX library was used in the new MASS EFFECT: ANDROMEDA EA PLAY trailer.
How was the sound recorded? Which microphones were used? What is special about the sound “alien_tense”? Sound Designer David Philipp gives you the answers:

“The sound basically contains two recordings, one of just my voice, doing an inward “pig squealing” kind of sound, the tail-out is one of our very high pitched “insect” sounds which was achieved by recording some crazy lip exercises and then speeding them up and high-passing them. It was all recorded in mono with the Sanken CO-100k, 192/24/.

The nice thing about the sound is the processing chain where I exported all the recordings from Pro Tools and imported them into Logic. I really love one of the built-in plug-ins there which I used to use a lot on previous creature sound designs and kind of missed ever since I have made the move to Pro Tools. “Vocal Transformer” really helped me to get an interesting pitch movement into the sound and I also added Tremolo and some EQing later on back in my DAW of choice.

I am a big Mass Effect fan and I think the trailer sounds amazing. I particularly like the fly-bys and how the music supports the sound effects layers and vice versa. I obviously also love how my designed sound was used in there and put into space. Very well done!” – David Philipp

AUDIO DEMO: Now you have learned a lot about our sound “alien_tense”. Listen to the audio demo and enjoy the sound in the incredible MASS EFFECT trailer.

The trailer was shown at this year´s Electronic Arts press conference on the 12th of June. The Canadian game development company BioWare announced the release of the new video game on early 2017. We bet you can also hear some BOOM sound effects within the game. If you want to boost your own project with the same sounds as MASS EFFECT, click here to get to the BOOM Library Creatures SFX pack.